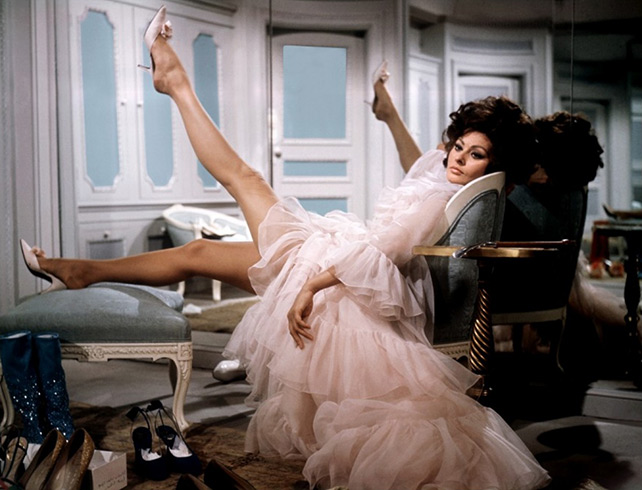 When I was a child my mum and dad took me and my brother to view a house on a brand new housing estate built just outside our home town. I’m not sure they ever really had any intention of moving there but it was something fun to do on a boring Saturday afternoon.  In that house, attached to the main bedroom, was the most fabulous walk-in wardrobe. It was the first one I’d seen in real life and I could not get it out of my mind. I began dreaming of having my own with oodles of space for all the glamorous dresses and killer heels I would own once I was old enough. It was going to have white shag-pile carpet (it was the 80s!) and swathes of sumptuous white muslin on the window. It was really something!

As you grow older you realise these dreams are a little bit out of reach and, quite frankly, unpractical when you’ve got a two up / two down and are already using every nook and cranny you can to store everything. Particularly when you’re sharing it with a man who would want to cram it full of all his crap too. However, when I was looking for my new house (which was going to be entirely mine and I wasn’t going to be sharing it with anyone) I decided I was going to do all I could to make sure my childhood dream was achieved. 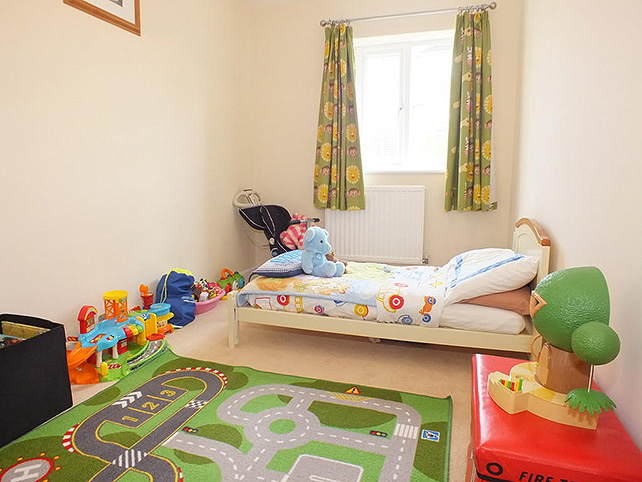 I made sure the place I finally chose had three bedrooms, one for me, one as a spare room and one for my office/walk-in wardrobe. Above is how the third bedroom in my new place originally looked on the particulars. Yes, it was a kids room and the bed was teeny tiny. I really wasn’t sure if a decent desk would fit in there never mind a huge area for all my clothes. However, when I had a look around my Dad measured the width of the room and it was just wide enough for a double bed to sit across it, i.e. 2 metres. Just the perfect amount of space. 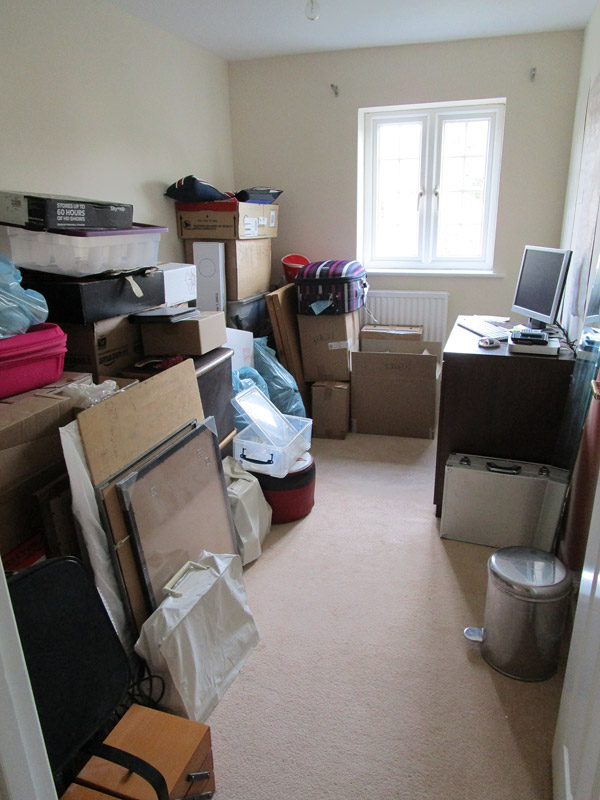 When I first moved in it just became the room where everything went that I didn’t have a home for yet. This was at its best but the stacks of boxes got bigger and bigger to the point where I could barely get to my desk, which you can see on the right. I lived with this for about two months, although it drove me around the twist, but in the mean time I started planning what I needed thanks to the Ikea PAX system. Yes, I know Ikea isn’t exactly sticking with my vow of buying only vintage or secondhand but there aren’t that many 1950s walk-in wardrobes out there! 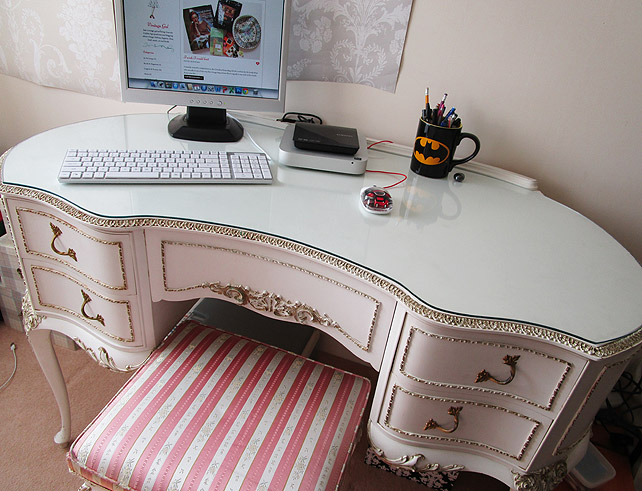 I had the original dark wood, very boxy and vey dull, desk in the dining room in my old house and it fitted in with everything else that was in that room but it wasn’t going really going to suit my new, very girlie, office so I had to look for something to replace it. I started getting obsessed with midcentury kidney shaped dressing tables and looked at hundreds on eBay and Gumtree, none of which were quite right and many were way overpriced. I finally found this one at Shepton Mallet Flea Market and just knew it was meant for me. You can read more about it here. 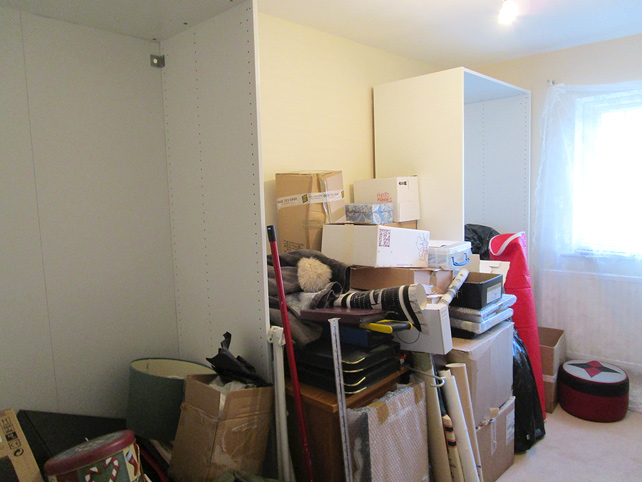 I initially went down to Ikea and purchased the two biggest units but needed to clear out everything in the room first before picking up the rest of it. I managed to empty out most of the boxes and things like Christmas decorations and curtains that just didn’t fit in the new house were transferred up into the attic. 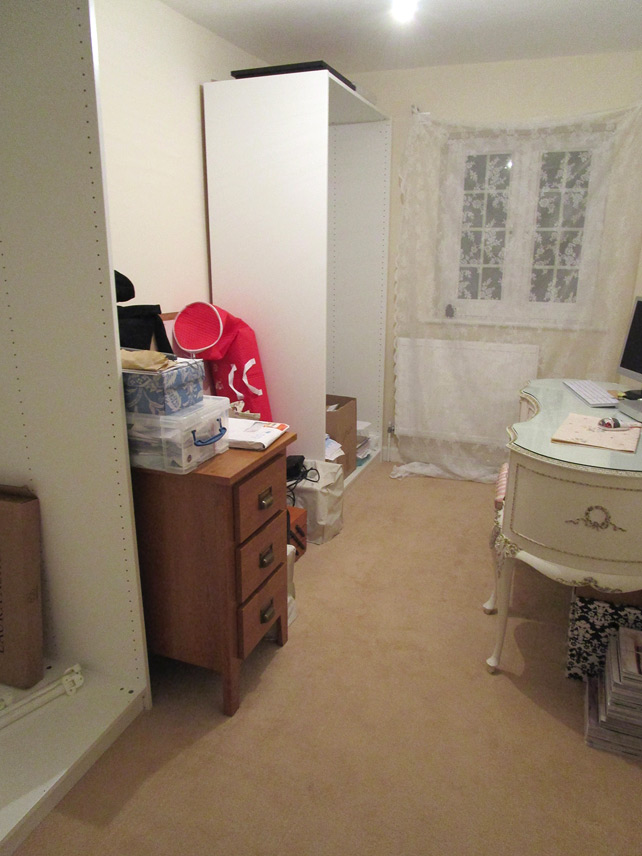 Finally, once the last remaining bits, like the bedside table that didn’t fit in my bedroom, was either stored at my parents or upacked and put away I placed an order on the Ikea website. I figured it was easier to have it delivered than trying to struggle to get it into the car and drive it home. I can’t tell you how many arguments there were the last time about how it was going to fit. 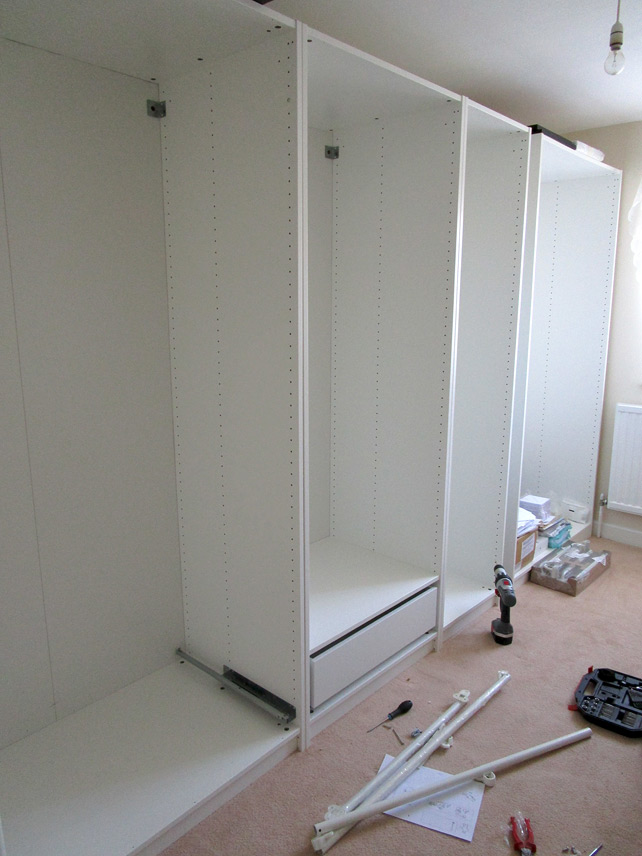 I wanted to fill the entire left hand wall with units so measured the space I would finally have and worked out I could squeeze in two 100cm width units, a 75cm unit and a 50cm unit. This would give me a variety of sections which could be used for specific items. The units themselves are pretty reasonable at £55 for the 100cm, £45 for the 75cm and £30 for the 50cm but then you have to factor in all of the interior bits like rails, shelving, drawers and, most importantly, shoe racks. 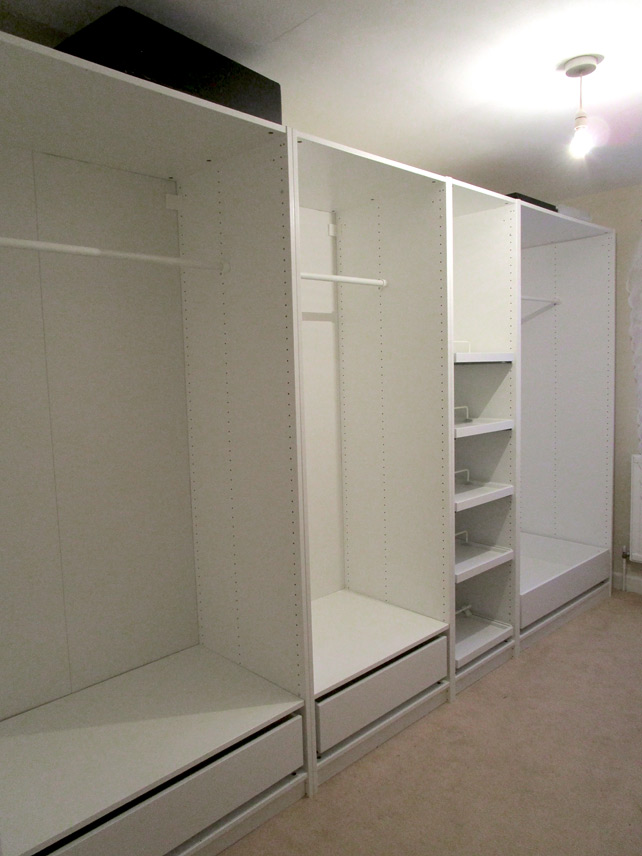 It took about 4 or 5 hours for me and my Dad to put the whole thing together and it was very easy. The only thing you must have is two people to construct the main units otherwise they get horribly skewed when you’re trying to add the back board to them. Dad secured all the units together so there were no gaps and then screwed them to the wall so there’s no chance of them falling over on top of me! Unfortunately, one shelf was damaged during delivery, which is why the far right drawer doesn’t have a lid to it, but they sent a replacement within a week so it really wasn’t a problem. 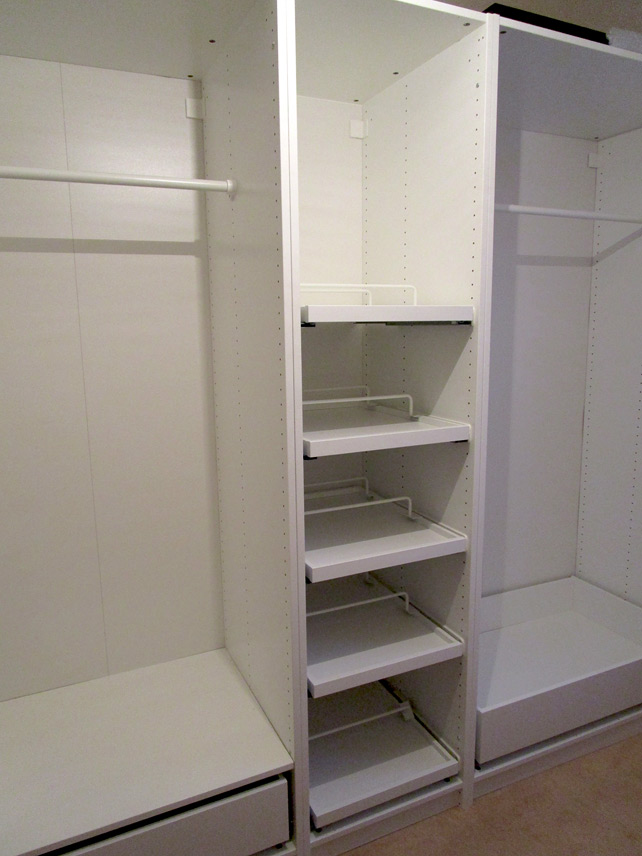 I love the shoe racks as each section holds four pairs of shoes and each drawer pulls right out so you can get to the ones at the back. All of the pull-out sections have a slow-close system built in so there’s none of this banging shut of drawers and everything going flying, which is perfect for the shoe racks. The one at the bottom has a wider gap above it to allow for boots, whereas all the others are evenly spaced and I need to get one more to go at the top. I had no idea how many I would need so initially only ordered five. 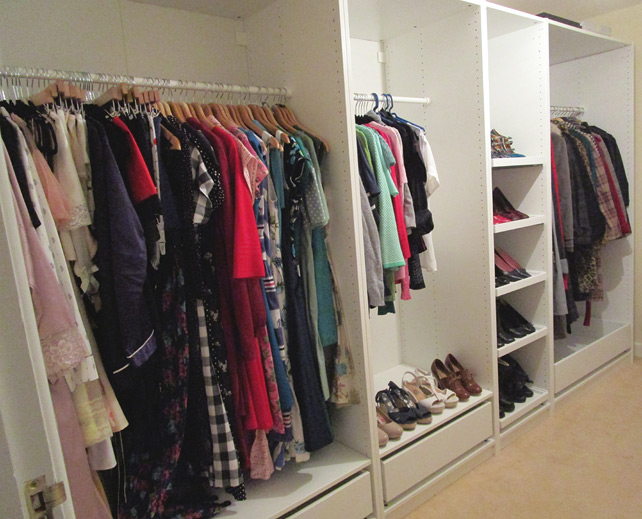 I absolutely love it! I have so much room to store everything and every morning it feels like I have my very own shop to choose from when picking out my outfit for the day. I still have to get three more shelves that are to go above the rails, two more drawers to go in the middle section, another shoe rack and a pull-out tray for holding belts. In total I will have spent about £400 on the whole wardrobe area, not including all the matching hangers that I have purchased over the last few months. Well, you can’t have mismatched hangers when they’re all on display! 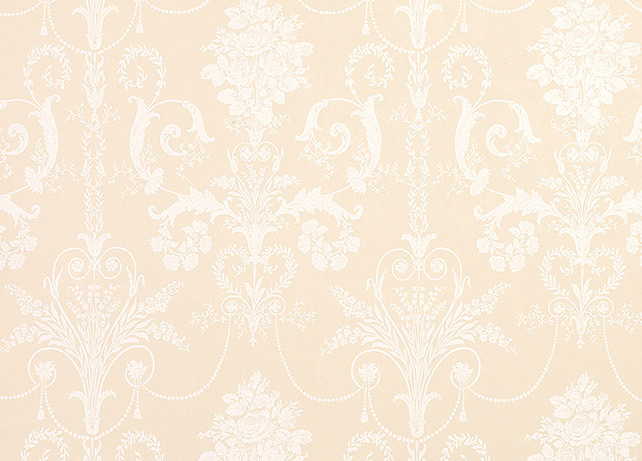 My project for the Christmas holidays is to wallpaper the wall behind the desk with Josette in Linen from Laura Ashley (above). Then I just have the huge truffle coloured dupion silk curtain to make (I’m yet to find the fabric) which will drape across the window with the lace curtain behind it and I also want to re-cover the stool seat because pink and white stripes just isn’t going to go. I’m struggling with what lighting I’m going to use because all of my beautiful ceiling lights from the old house just don’t fit in the new one. Not surprising as I’ve gone from a Victorian house with high ceilings to a Georgian cottage with low ceilings. Oh, and I need to find a new pen pot because I’m not sure Batman is quite girlie enough!

Just a vintage gal suffering from the Golden Age syndrome. A lover of all things old, especially the 1930s, seamstress, crocheter, maker of hats and enjoys rummaging at flea markets. 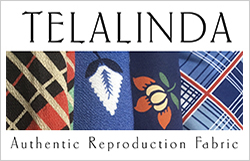 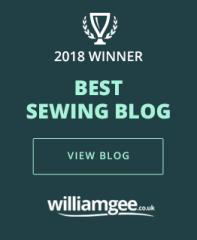 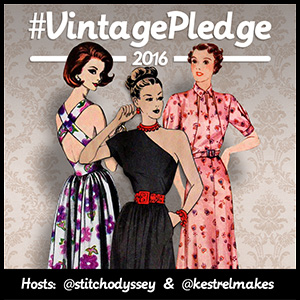 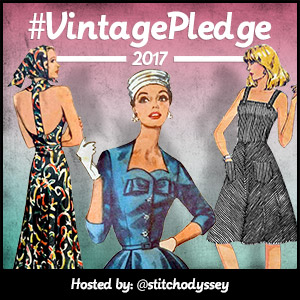